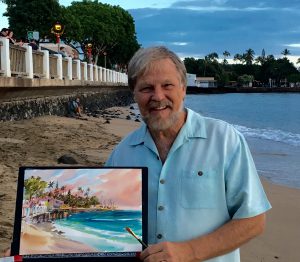 Jim Kingwell and “Winter in Lahaina”

Jim Kingwell’s story unfolds like a fantasy one would create from a fertile imagination rather than reality. Jim has had the creative gift since early in his school days, and even managed to squeak out a few quarters from his sketches for pocket money. This interest in art led him to believe his future would be in the art world. A full scholarship to the San Francisco Art Academy was the validation Jim needed to pursue his career in art. Prior to finishing his studies at the Academy, Jim joined the Air Force Reserves, where he was trained to fight airplane crash fires. This harsh reality was a convincing sign that Jim was more suited to the creative world of art than fire fighting.

After completing his Fine Art education at the Academy, Jim became acquainted with artist Tom Nicholas. It was painting with Tom and his son T. M. Nicholas that broadened Jim’s talents inspiring him to express his artistic abilities in both oil and watercolor. As a plein-air painter (capturing in paint, the subject’s light and atmosphere, while on location), Jim packed his bags and set off on a journey that put a glint in his eye and a smile on his face that is still there to this day. Since he has made paintings, sketches and pen and ink drawings from exotic locations around this magnificent planet. 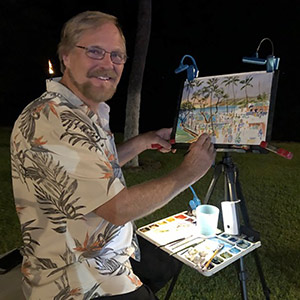 Jim first traveled to the Hawaiian Islands as a child. Jim’s dad worked for the airlines and Jim remembers how long the flight took, pre-jet days; as a small kid, it took forever. With the travel bug set early in Jim’s young life, it just seemed natural to take to the road in search of local culture. Painting little beach towns in South American countries such as Chile and Argentina (not unlike Lahaina Town), Jim would stay an unspecified time until he felt he had captured everything he could before he moved on. After covering Rio de Janeiro he landed in Zermatt, Switzerland, an antique village at the foot of the most celebrated mountain in the Swiss Alps, the Matterhorn.

Jim is an avid skier and snowboarder, so this was heaven on earth. The local innkeeper had a room with an open view of this legendary mountain. Keep in mind now that this is the start of a love affair that has lasted decades, and has made Jim Kingwell a noted Zermatt artist. It’s not all heli-skiing and brandy by the fireplace, as Jim’s ticket to ride is his paint and brushes, so he actively paints, not only what he sees but commission work for the local business establishments and collectors alike, spending up to three months per visit in both winter and summer. Jim has used this model in almost every place he has visited, including two years in New York City, France, Italy, Greece, and Finland. Finland is on this list because both sets of Jim’s grandparents are Finnish immigrants. 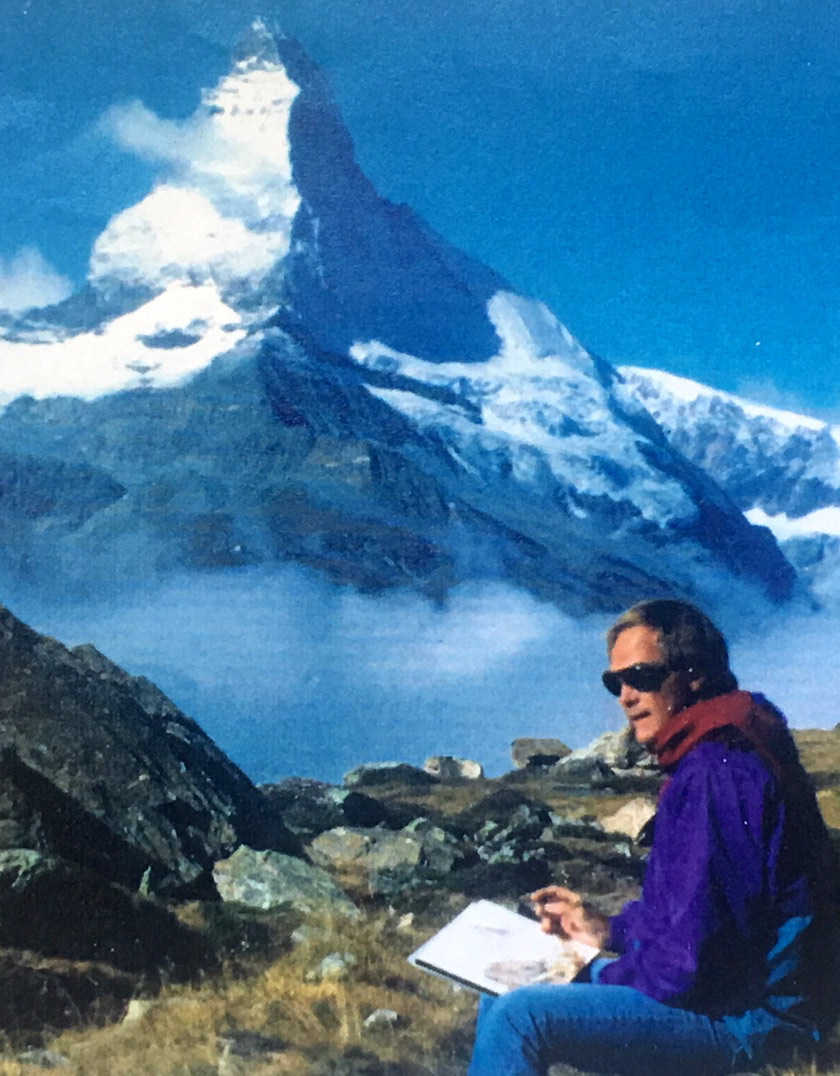 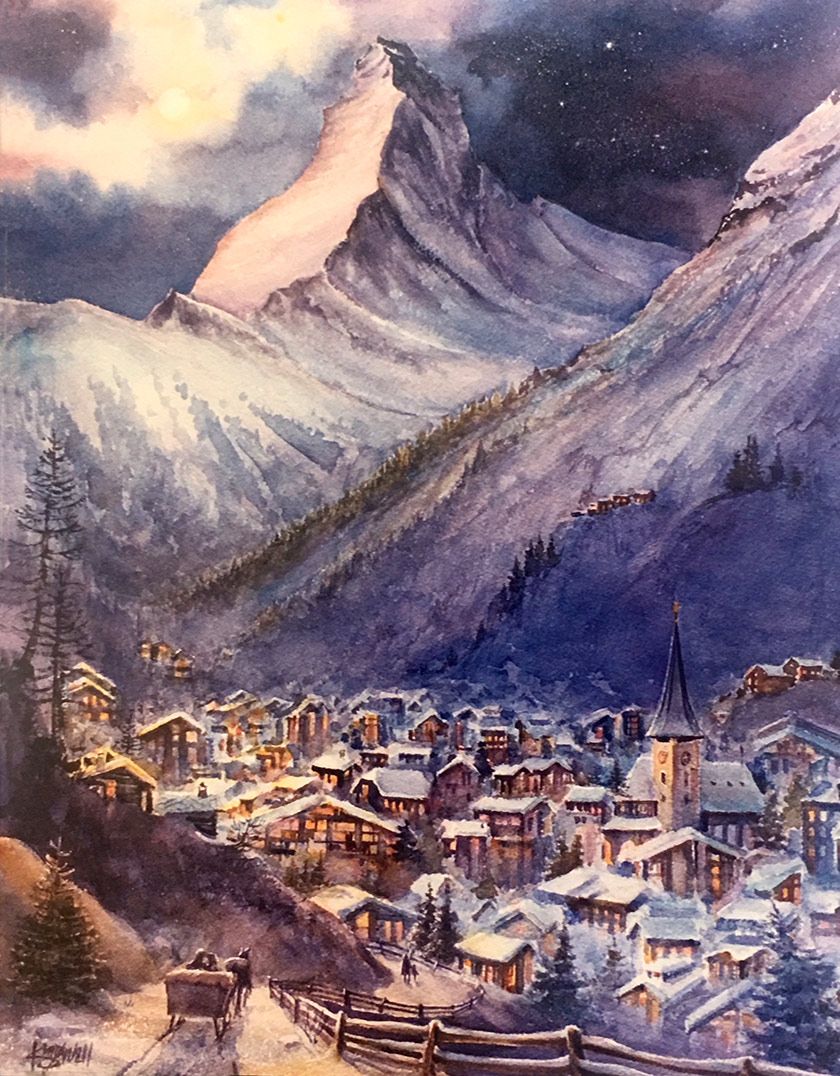 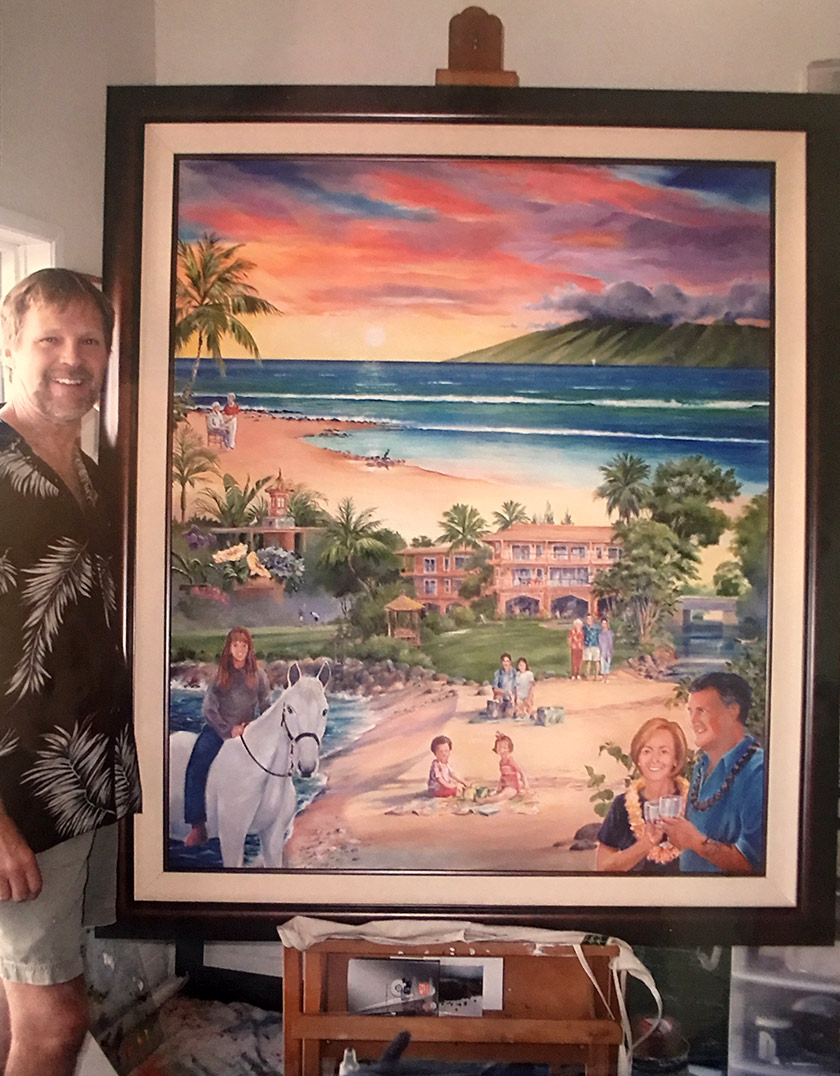 Ten years of Kingwell’s life were spent traveling before Jim settled in Hawaii in 1989. Jim’s first visit was to Oahu, where he lived on a Trans-Pac racing catamaran, the Seabird, and painted boat transoms for his pocket money. A friend recommended Maui, and so the move was made and the pursuit of “Romantic Realism” continues. Jim finds Maui awash with inspiration, but is quick to point out that his main inspiration comes from his wife Kristen, and his twins Coleman and Jessica. 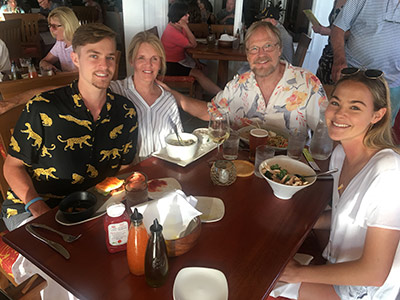 All Prices includes Shipping/Handling within the USA.
Please allow 5-10 business days for delivery.
Sent USPS Priority Mail.
All artwork is sent from Hawaii.

For International orders, please contact the gallery via email at CustomerService@Kingwellislandart.com to request shipping charges.
Turned the sketch into an oil- read below for some

Sunday Funday painting the polo match at the Maui

Fun street painting I did over the weekend, recogn

Here is the finished painting, first day of the ye

Most recent painting of DT Flemings from entrance